‘Women are more emotional than men’, ‘Big boys don’t cry’ – comments like these are perhaps typical of common attitudes towards gender and emotion. However, in reality, such ideas can be seen to be gross oversimplifications of the actual reality of the interrelationships between men, women and emotion.

The Women’s Movement in general and equal opportunities legislation in particular have highlighted to organisations the significance of gender and the dangers of a ‘gender-blind’ approach (that is, one which tends to play down or even totally ignore the role of gender in the workplace). The development of emotional intelligence as an approach to ‘people issues’ in the workplace has similarly raised awareness, in a number of organisations at least, of the importance of emotion in organisational life and the dangers of failing to address emotional issues. However, what has yet to happen in any major or significant way is the bringing together of the two areas. That is, we have yet to see a similar level of raised awareness in terms of the relationship between gender and emotion.

So, is it true that ‘Women are more emotional than men’ and that ‘Big boys don’t cry’? Let us look at this question in more detail.

The idea that ‘real’ men don’t cry or don’t even show any emotion at all is a very well-established one. But, the fact that an idea is well established does not make it true. It is certainly not the case that men don’t express emotion. Consider, for example, the joy men generally show on the football pitch when they (or their team) score a goal? Is joy not an emotion? Consider also the display of anger that is very common when a man is frustrated, undermined or threatened in some way. Is anger also not an emotion?

Let’s turn this on its head in terms of gender. How often do we see women expressing joy in the way that men commonly do? And how often do we see women expressing anger as openly as men tend to? Clearly what we are seeing here is not a simple case of ‘women are more emotional than men’, but rather a much more complex situation in which the expression of emotion depends on:

– the gender of the person concerned;

– the particular emotion being experienced;

– the social circumstances in which it is being expressed

Each is worth exploring in a little more depth.

If we were to draw up a list of emotions (for example, as an exercise during a training course), it would be quite a long one. If we were then to ask ourselves, which of these emotions is exclusive to one gender or the other, we would, of course, struggle to identify any that do not apply to both women and men. This is because they are human emotions, rather than specifically male or female emotions. However, how much each of these emotions features in a person’s life, where and how they are expressed – these can differ enormously according to gender. That is, while men and women may experience the same range of emotions, how men and women ‘do’ emotion can be very different. For example, in relation to grief, there is strong evidence to show that different ‘styles’ of grief exist – a ‘feminine’ style which is characterised by the verbal expression of feelings (sadness in particular) and a ‘masculine’ style which is characterised by the physical expression of feelings through activity (working through anger, for example) (see Thompson, 2002).

The point was made above that men are more likely to express anger and joy openly (in some situations at least), while women are likely to express pain, sadness and tenderness more openly than men. This is not to say that women do not feel anger and joy or that men do not feel sadness, tenderness or pain. Rather, it is a case of having to recognise that there are social rules which govern which emotions can be expressed openly by women and which by men – just as there are social rules about which clothes are suitable for women and which for men. To put it technically, the expression of emotion is ‘gendered’.

How and whether men and women express emotions will depend on the social circumstances. As we saw before, men on a football field will express joy openly – often in quite extreme ways – doing cartwheels, for example (and increasingly women can be seen to do so too, albeit perhaps to a lesser extent). This sort of response on the football field is not only tolerated, but is actually expected. However, if someone were to express joy in the same way in the workplace, for example, it is likely to be perceived by many people at least as an inappropriate response. The social circumstances are therefore an important influence on the expression of emotion.

Another example of this would be the notion that ‘big boys don’t cry’. It is not uncommon to see men cry when they (or their team) have just lost a cup final or similarly important match, because the circumstances overrule the general expectation that men should not cry in public.

So, what does this tell us? Well, first of all it tells us that emotions are very complex entities, gender is a very complex entity and the relationship between emotions and gender is extremely complex. It also tells us that we should be very careful in how we deal with matters that relate to emotional intelligence. The EI literature has a tendency to emphasise the biological dimension of emotion and to play down the cultural and social dimensions (see Thompson and Harrison, 2003, for a discussion of this). This biological bias will, if we are not careful, blind us to the hugely significant role of social and cultural factors in shaping how emotions are experienced and expressed.

My argument here is not that proponents of emotional intelligence need to become experts in gender dynamics, but rather the more realistic one that we need to be wary of falling into the trap of ignoring or underestimating the significance of gender in shaping our emotional lives. After decades of the emotional dimension of organisational life being undervalued or even ignored altogether, it would be a great pity if the current surge of interest in emotional intelligence were to omit consideration of such a hugely important dimension of human emotion. 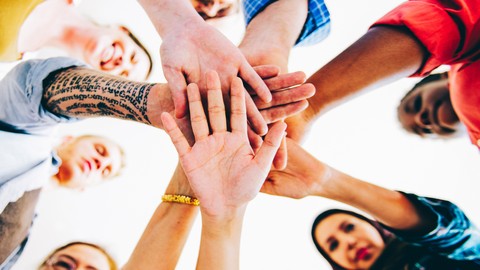 Managing StressA follow up to our Dealing with Stress course highlighting the specific responsibilities of managers£24.99£15.99 4.5
Share
Posting....