How to avoid being labelled as a bully

There are many issues to consider here, but two which are particularly significant. First is the question of respect. It is important that people are treated with respect and dignity. If you do not want to be thought of as a bully, then it is clearly important that you ensure that the people you work with are treated with full respect. You could perhaps put yourself in their shoes and think about how you are treating them. How would you feel if you were being treated in that way? Would you feel that you were being respected and treated with dignity? If so, then that’s great. However, if not, then you need to look at how you can develop a style of working which avoids such problems. This does not mean that you are not allowed to give people negative feedback or raise problems with them, but it does mean that you have to fulfil these tasks in a respectful way, not in a way which leaves them feeling demeaned or undermined. In other words, it’s not what you do, it’s the way that you do it. Second, is the question of leadership. Leadership is the art of motivating (or better still, inspiring) the people that you are responsible for in the workplace. It is about being clear what organisational goals you are pursuing and making sure that people’s actions are consistent with those goals. This may bring you into conflict with others from time to time but, as a leader, you need to deal with such conflict constructively (and, once again, respectfully) rather than rely on coercive or underhanded tactics. Bullying arises because people deliberately abuse their power or unwittingly misuse such power. In terms of the first point (the deliberate abuse of power), the answer is quite clear: Don’t. In terms of the second issue, the situation is more complex. This involves developing a degree of sensitivity to how you relate to other people and how you use the power that you have as a result of your position in the organisation and your personal qualities. If you are using such power fairly, legitimately and respectfully, then it is unlikely that you have much to worry about. However, if you use that power in ways which cause problems for other people unfairly or excessively, then clearly you need to review your style of working. Once again, putting yourself in other people’s shoes can be a useful exercise. Think about how you would like to be treated and make sure that you treat people accordingly. Finally, it can also be helpful to ensure that you receive feedback from the people you work with. This can be done by encouraging an open atmosphere of constructive dialogue. You should then be able to get significant clues about how your style of working is perceived and whether you need to make any changes to it. Of course, being aware of the issues of bullying and harassment and not trivialising them (for example, by making a joke of them) is an important first step. Beyond this we need to make sure that we are giving a clear and consistent message that bullying and harassment are not appropriate and will not be tolerated. 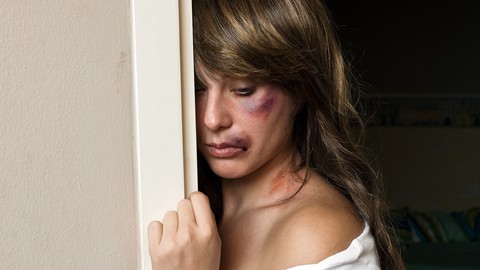